Here are 11 outstanding recording software for windows 7 that you can start working with, I’ll outline them and then break them into sections so you can choose which one fits you best:

Let me take you through each one of this recording software for windows 7, knowing why picking a software can make all the difference.

Audacity was started in the fall of 1999 by Dominic Mazzoni and Roger Dannenberg at Carnegie Mellon University and was released on May 28, 2000 as version 0.8.

What can audacity do?

Audacity is a free, easy-to-use, multi-track audio editor and recorder for Windows, Mac OS X, GNU/Linux and other operating systems. The interface is translated into many languages.
You can use Audacity to edit WAV, AIFF, FLAC, MP2, MP3 or Ogg Vorbis sound files.

It’s more than just freeware, its open source and has over the years been a recommended and reputable audio recording/recording software.
Given that, I doubt you’ll have any problems with it. It is safe. Audacity should be safe to download if it is from the correct, safe, and official website.

Adobe Audition is a digital audio workstation from Adobe Systems featuring both a multitrack, non-destructive mix/edit environment and a destructive-approach waveform editing view.

What is the purpose of Adobe Audition?

Adobe Audition is a professional audio editing application that includes a non-destructive mixing and editing environment, as well as a destructive waveform editing mode.

Adobe Audition can be used for: Recording and mixing sound projects. Creating original or remixed music.

How much does adobe audition cost?

Priced at $74.99 for the monthly subscription, or $49.99 if you commit to a full year, the plan includes the entire suite of Adobe software.
You’ll be able to access Audition, Photoshop, Premiere, Illustrator, and more than a dozen other apps that will revolutionize your craft.

Can you record audio with Adobe Audition?

Enable one or more tracks for recording then at the bottom of the Editor panel, click the Play button.
When you reach an area where you want to begin recording, click the Record button.

FL Studio is a digital audio workstation developed by the Belgian company Image-Line.FL Studio features a graphical user interface based on a pattern-based music sequencer.

Further, future updates are absolutely free in FL Studio.
But the cool thing is that the lifetime updates are free!
No, it’s not free, but it comes in various flavours, a student edition, a suite edition, and others. … Yes, you can get the free FL Studio Producer Edition 12.4.2 Free but there are some components that needs to be purchased.

Pro Tools is a digital audio workstation developed and released by Avid Technology for Microsoft Windows and macOS which can be used for a wide range of sound recording and sound production purposes.

Is there a free version of Pro Tools?

Pro Tools is the industry standard for digital audio production, but if you wanna get with the pros, you’ve always had to pay. No longer!

Now, there’s a free version of the software targeted at beginners, and that rules. …
The software has all the functionality you need to record, edit, and mix your music.

Ableton Live is a software music sequencer and digital audio workstation for macOS and Windows.

How much does Ableton Live 10 cost?

Each Live license comes with two authorizations (unlocks), which can be used on two machines by the registered owner.
The latest version of Live will always be displayed in your account to download. Install: Follow the installation steps.

Reason is a digital audio workstation for creating and editing music and audio developed by Swedish software developers Propellerhead Software.

It emulates a rack of hardware synthesizers, samplers, signal processors, sequencers, and mixers, all of which can be freely interconnected in an arbitrary manner.

Reason is easy to get started with, yet as deep as you want it to be. Create, compose, mix and finish your music–Reason will help you along the journey, from inspiration to mixdown.

REAPER is a digital audio workstation and MIDI sequencer software created by Cockos. The current version is available for Microsoft Windows and macOS – beta versions are also available for Linux.

Cakewalk by BandLab is free. Sonar is a digital audio workstation created by Cakewalk.

With Cakewalk you can easily

Whether you’re a songwriter, producer, or composer, SONAR has the instruments you need to build your production from the ground up

Digital Performer is a full-featured Digital Audio Workstation/Sequencer software package published by Mark of the Unicorn of Cambridge, Massachusetts for the Apple Macintosh and Microsoft Windows platforms.

Spark your creativity, then refine your mix — all in a singular workflow. Digital Performer 9 delivers inspirational features devised to ignite your creative muse, combined with state-of-the-art studio production technologies engineered for the most demanding, world-class recording and production environments. 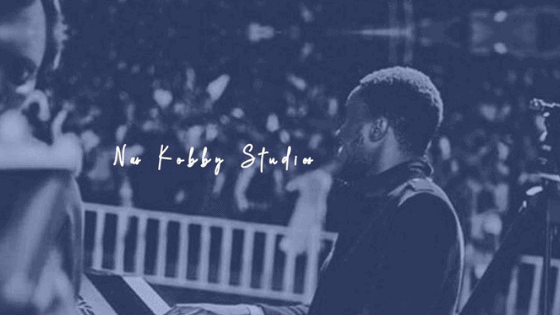 There you have it, 9 outstanding recording software for windows 7 to try!