10 Best Mens Trendy Clothing For Your Next Look

5 Awesome Ways To Get Into Music Production

Hello guys, today I want to share with you 10 outstanding music production software for windows! Are you ready? Let’s do this!

What is a digital audio workstation (DAW)?

You can record your various tracks, MIDI controllers and vocals, lay down the tracks, rearrange, splice, cut, paste, add effects, and ultimately finalize your beat making.

You’d be very amazed how people use Cubase music software. Steinberg has their signature key, score and drum editors included in the workstation. The Key Editor lets you manually edit your MIDI tracks in case you want to change a key. You get your unlimited audio and MIDI tracks, reverb, delay, EQ, effects, incorporated VST’s, etc.

Although it’s seen as a bit of a trend from these DAWs, ultimately trying to separate themselves from the competition, Cubase is one of the best DAW which comes with great sound libries. You’ve got their default sounds such as Groove Agent with over 2o drum kits, EMD construction kits, LoopMash FX, etc. Some of the most powerful plug-ins within a DAW. We advise you going with Cubase and you will really love it.

PreSonus is also one of the best DAW which music producers love to use. They include Studio One DAW in a lot of their products, such as their AudioBox iTwo audio interface we recently reviewed.

This isn’t just a little add-on to products, however — It’s a full-on standalone workstation giving you drag-and-drop functionality, unlimited tracks, MIDI, VST, buses, and FX channels, as well as mixing and  mastering integration level, a Melodyne feature, and some nice reverb, delay EQ effects that sound very smooth (some of the best reverb such trueverb)

YOU MAY ALSO LIKE:  How To Make Money From Music Production

It is very easy in terms of the workflow compared to other  DAWs, such as Ableton needing a few more extra steps to achieve a certain production u need. The interface for PreSonus is not all that impressive like other DAW’s but I’d take workflow overlooks any day — pretty standard. 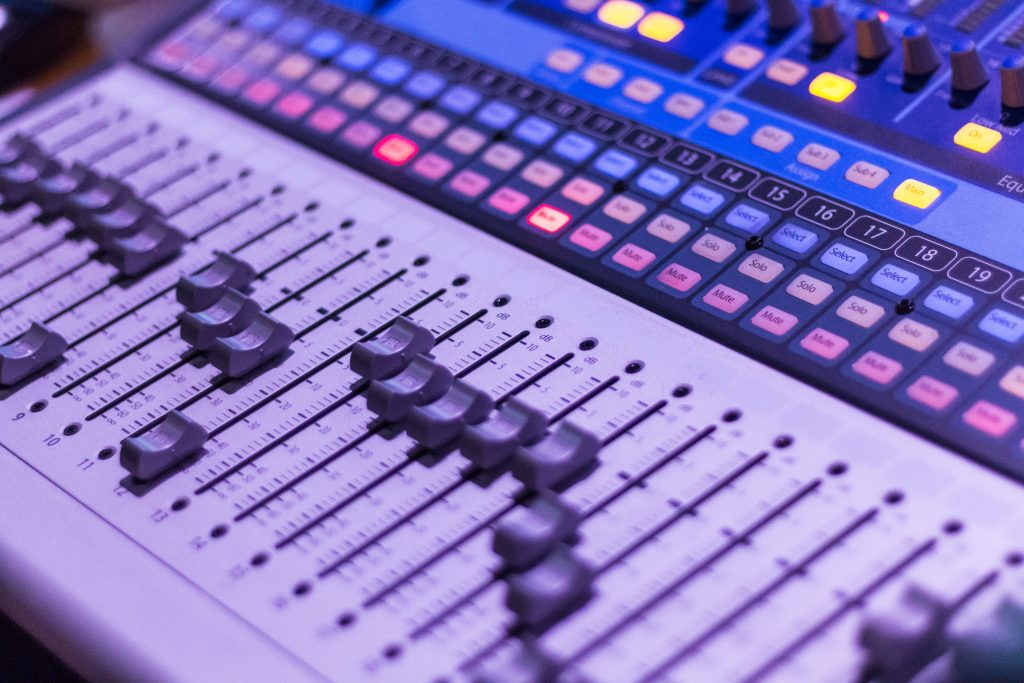 In 1999, Ableton Live has been growing as one of the popular DAW and for a excellent purpose. We know we’ve gotten scrutiny for listing it first, and everybody is entitled to their opinions. However, we feel Ableton is one of the best DAW for music production.

You should understand that standard multi-track recording (an unlimited number of audio/MIDI tracks for songs) and cut/paste/splice features, but what’s especially great about this software is the seamless MIDI sequencing software and hardware. 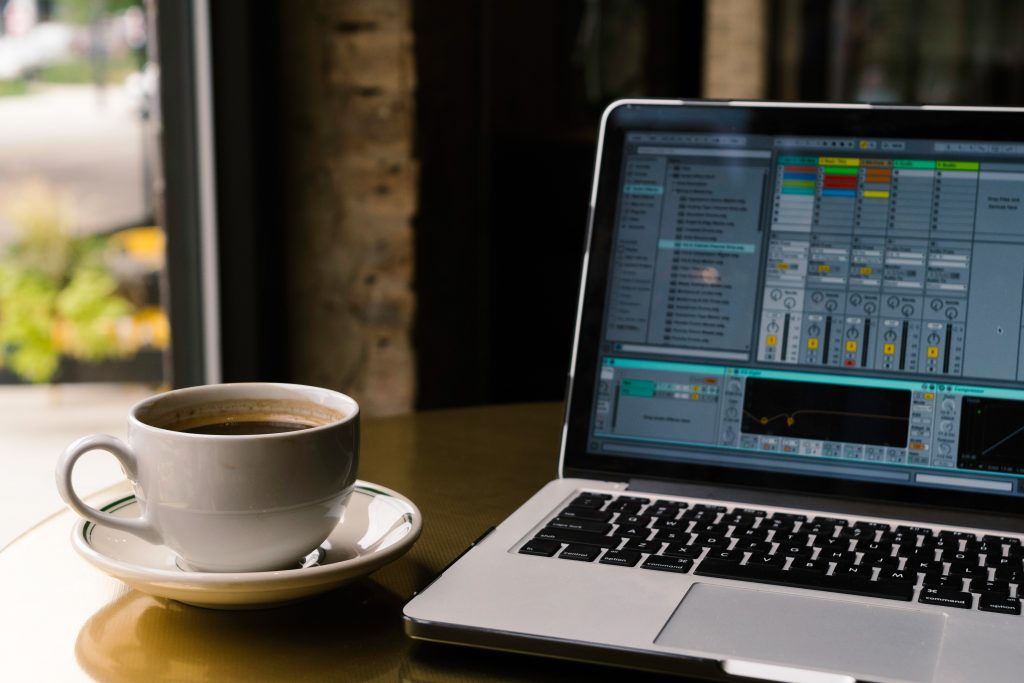 It’s got features like pitch shifting, correction, time-stretch, cut, paste and the works, it’s very easy to use and it’s one of the best for beginners. It’ll take a little bit of reading to start going, but once u get to know it more u are good to go.

There are plenty of videos online especially for begginers to teach them  features on how to use them in Fl studio. Their latest version includes over 20 synth software for out-the-box usage, so if you’ve just purchased a controller and want some great sounds. 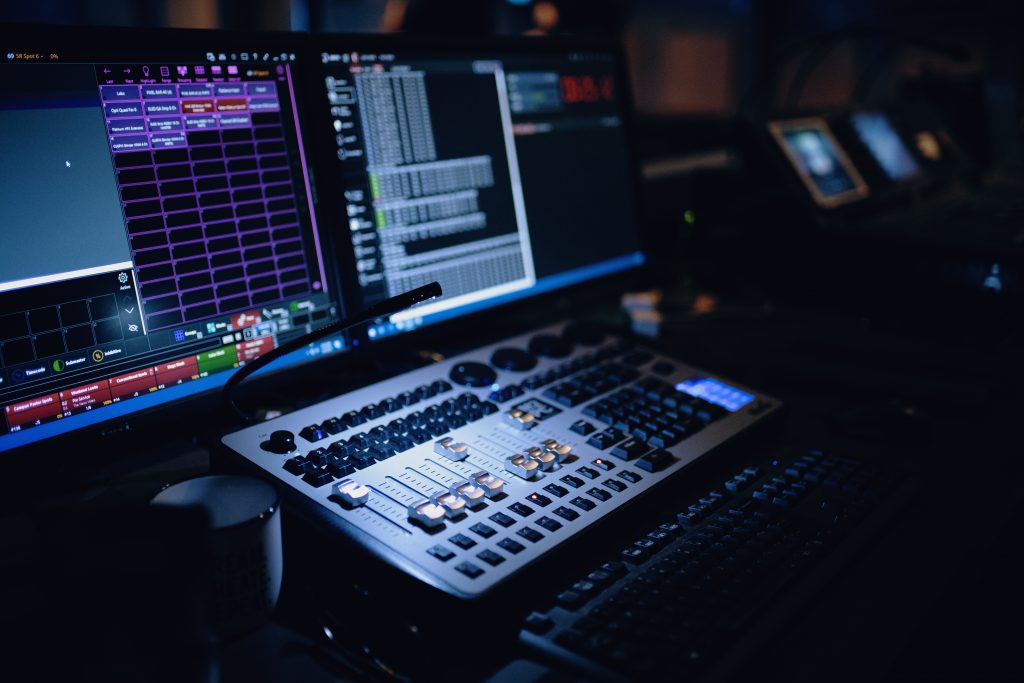 Logic pro is one of the best DAW’s in the world, especially those with a Macbook (not compatible with PC). What stands out with Logic Pro is the interface — very advanced to help with the music productions and beat making, instrument layering, an intuitive mixer for plug-in control, and a “score editor”its helps you to create MIDI (comes with nine MIDI plug-ins that help you transform the sounds, such as chaining multiple plug-ins for your music productions and beat making. 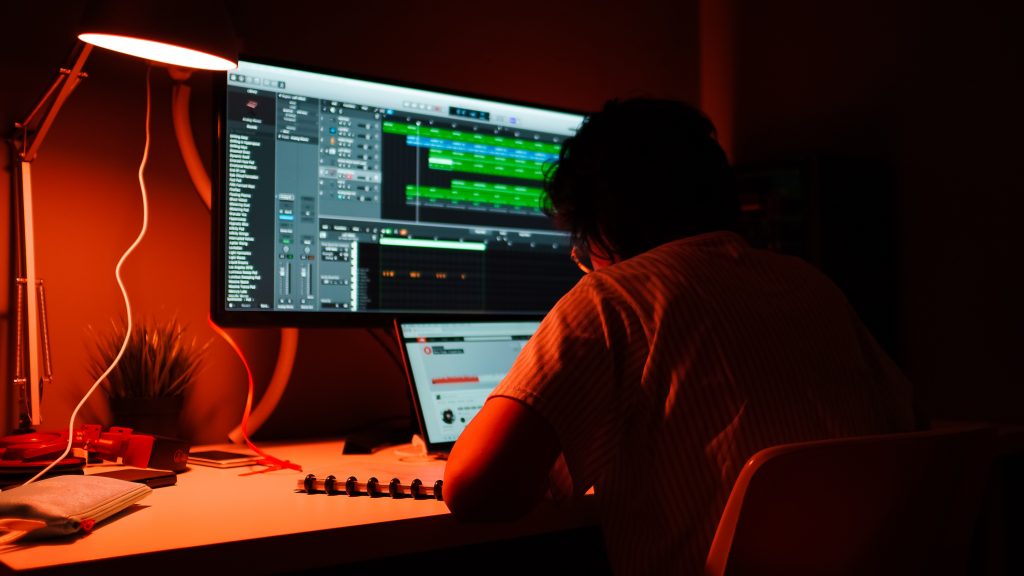 Reason is also one of the Best DAW’s when its come to beat making but is one of the most stable as far as we’ve learned. its has nice interface (such as synth patches and effects straight into the sequencer), has a relatively fast system as many have stated, and most importantly, the workflow is exceptional for those within the middle to semi-pro range it’s not too difficult but not that simple either — in our opinion right in the middle.

YOU MAY ALSO LIKE:  Audio Engineering Schools Every Musician Should Know

Garage band is also ne of the best DAW’s, especially among beginners. Very good for those in the starting stages of music, particularly younger ones or those who merely want to lay down some tracks and awesome sounds.

However,  Garageband just because of its simplicity and ease of use for recording. We’d go with this over FL studio in terms of starting from scratch as your first DAW if you’re on a Macbook.

It offers some pretty solid presets for vocals and guitar session as well, although nothing too out of the ordinary. It does have a few good amps and effects for the guitar or mic and the other instruments. 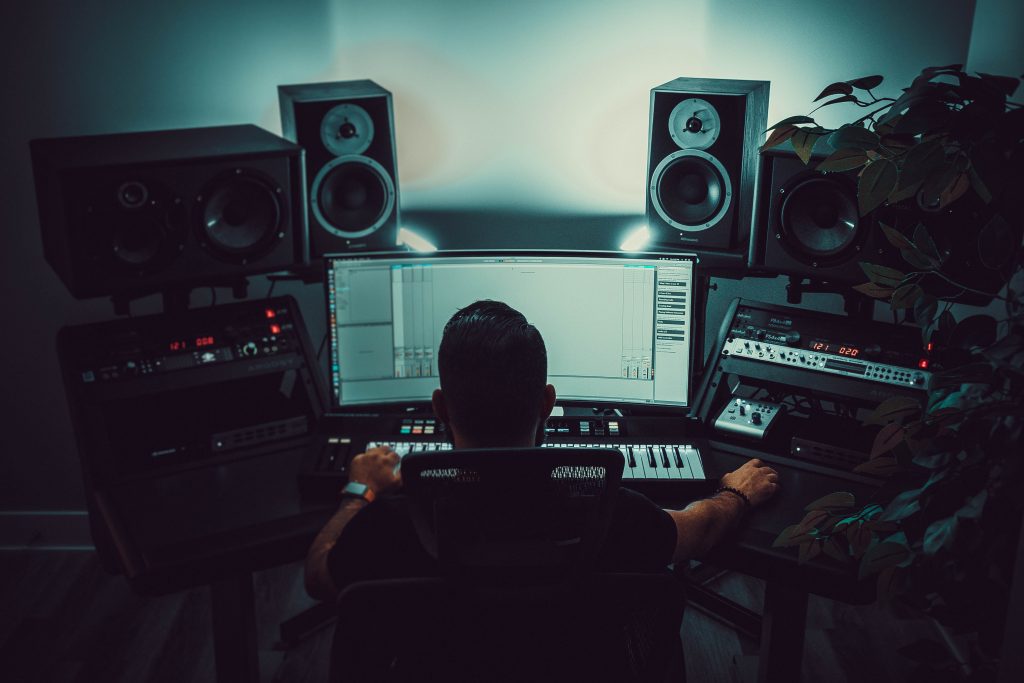 In 2001, I was using an old version Acid Pro when it was still made by Sonic Foundry. I got so accustomed to it I continued to use Acid Pro 4.0 until 2009 when I finally decided to use Ableton.

There were pros and cons for sticking with the DAW software a very long time, one pro mainly being that I knew it like the back of my hand. If friends does lots of music and wanted something done, I could merely press a hot-key and had it complete, getting great feelings there. 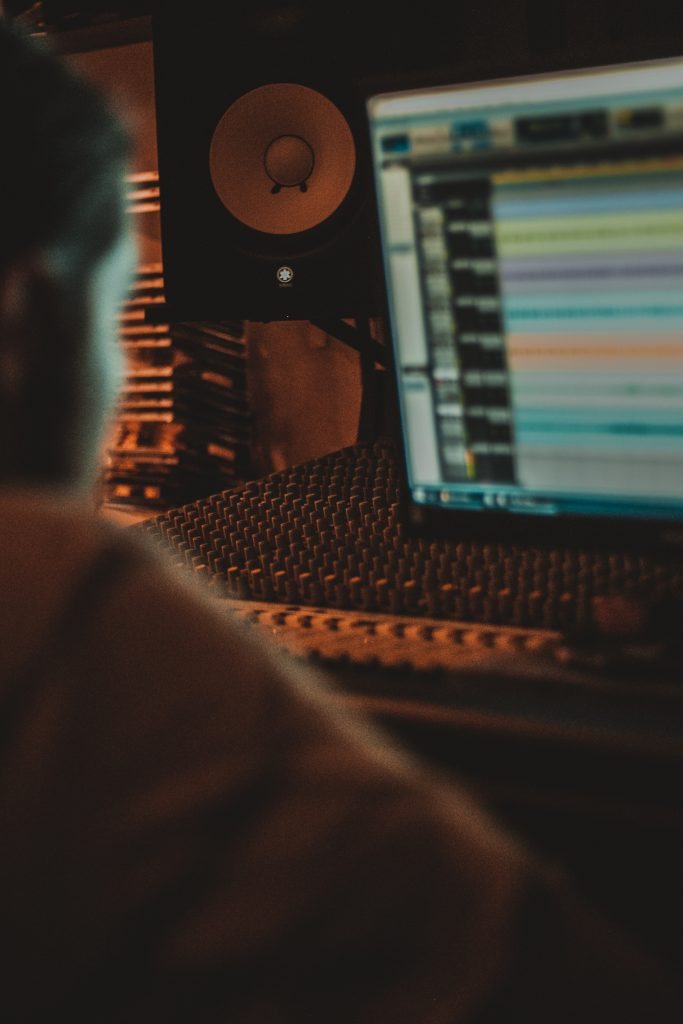 The downside was that it was a bit buggy when it came to MIDI incorporation and other more-advanced features that are available with DAWs nowadays. Their latest version is very okay for beginners until even semi-pro like we were for the past decade.

It also has the Phase-4, a new four-oscillator synth based on classic phase modulation/distortion synths such as the DX7 and Casio’s CZ series. Sonically, this is same as Bitwig’s existing FM-4, although it’s one of the best with a built-in filter and an interface that feels classic designed for Bitwig’s Macros and Modulators. 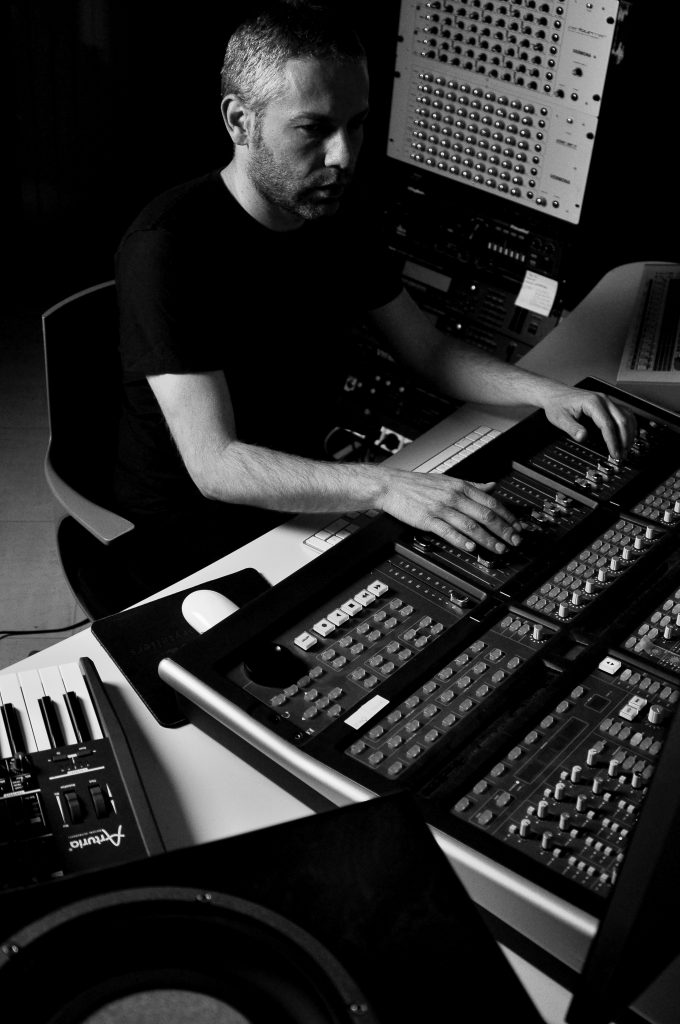 Bitwig Studio 2 adds unlimited new Modulator slots to all Bitwig instrument and effect devices, as well as to hosted VST plug-ins. There are 25 modulator types so far, ranging from simple (Button, Macro knob) to sophisticated (the Steps 2-64 step sequencer or Key track, which modulates by the key of incoming notes, with curve settings). Other Modulators include several envelope types, several LFO types, Random, and sidechains that use either audio or note inputs. 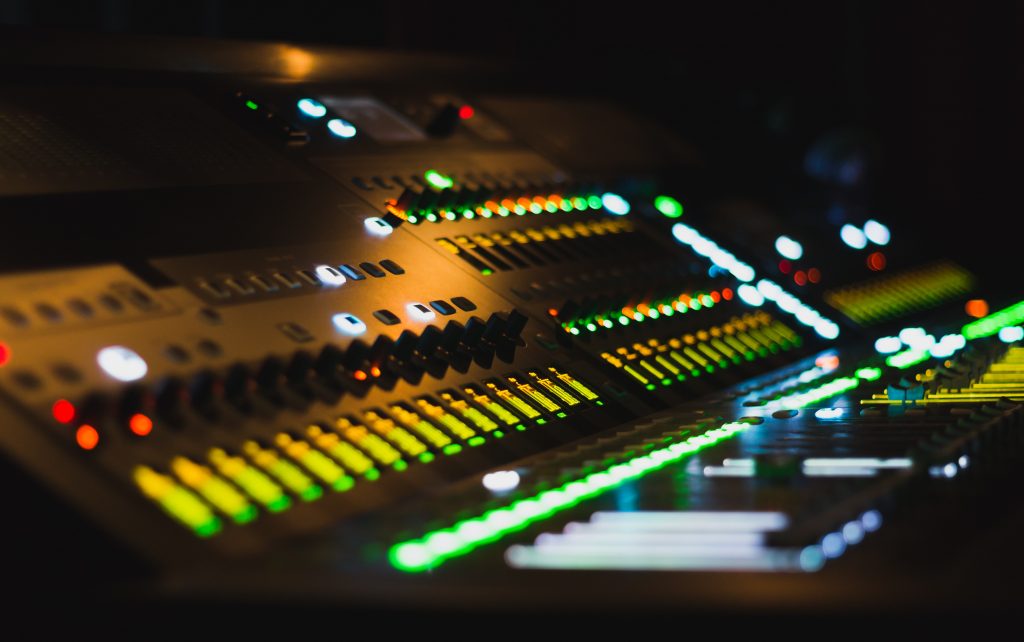 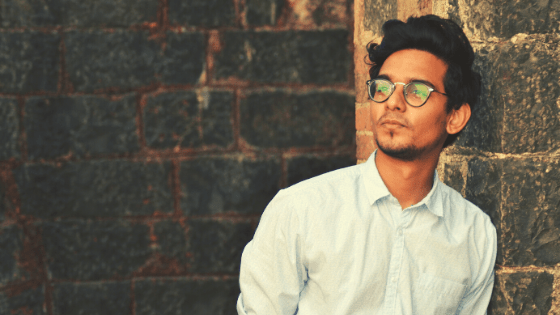 Manscaping Kits You Can Use For Your Awesome Look

Manscaping Kits You Can Use For Your Awesome Look

This template supports the sidebar's widgets. Add one or use Full Width layout.