Let’s be real, when it comes to appearance, super performance or brand Apple is one of the top brands in the market!

Now the real question is which Apple laptop is the best for music production?

personally, I have been using MacBook air from a few months so I will be sharing with you a brief review and things that you will find it helpful when thinking of using a MacBook air for music production.

My comparison will be between MacBook air and a regular laptop of similar price range and let’s also pick a MacBook PRO.

Here are some benefits of using a Macbook air compared to a Non-Apple laptop: I love the fact that it is Slim and lightweight for daily travel.

Let’s appreciate the battery life: 10-11 hours battery backup on normal usage. Now if you compare them to any premium laptop Apple touchpads are awesome, smooth and responsive. Don’t you think?

Okay, the audio quality on macbook air speakers is good, but let’s be true, it’s not as loud as a MacBook Pro’s speakers. Skype call coming up? Another thing is that Apple front camera works the best in low light which is best for low light skype calls!

SSD Power: despite the low power processor apps launch very fast on a MacBook air due to SSD. I also love the metal body construction that gives it a nice finishing touch.

Mag safe charger can be very helpful if you are really careless plus you’re working on an important music production project.

The ambient light sensor that adjusts brightness automatically is a nice feature although many people are not aware of this feature!

If you happen to keep your Air closed or you just drop it somewhere idle you will find out that the battery has dropped less than 3 or 4 % even tho you checked back after 2 or 3 days.

Something that many people face with non-apple laptops is the heating issues. there are no heating issues on a MacBook air laptop. 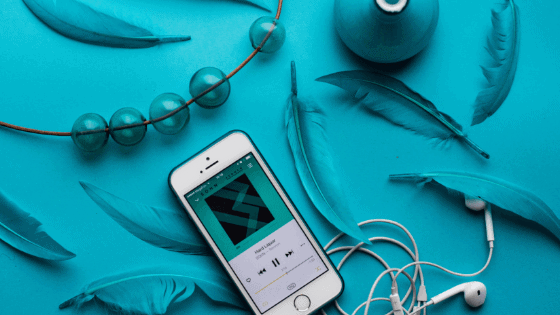 But If you are working on really BIG and I mean BIG projects let’s be real here, MacBook air won’t be able to pull it off. In that case, I recommend the Macbook Pro for several reasons.

The Air is perfectly capable of being used as a music production device, but within the size & price range, the Pro has some luxuries that make it a better experience to work on day after day.

While the 15″ macbook pros offer even more benefits in terms of power and upgradability let’s compare them and see what you can learn from it:

Having this screen to me was worth the price difference between the Air and Pro alone, and the biggest deciding factor for me.

Screen real estate is very nice to have when working in Ableton – being able to see more tracks and channels helps a lot in managing projects.

A macbook air can be a great fit when we talk price here but you could get external monitors to help with the screen resolution!

Tip #2 Check which CPU and RAM specs is best for you:

The Air is a lot less powerful in terms of specs. There is a noticeable difference between a 1.6ghz Core I5 and 2.6ghz Core I5 when it comes to using VSTs and effects in my music production.

The same can be said of 4gb and 8gb ram – I would not recommend anything less than 8gb for a studio computer. No joke!

I say this because I have maxed out both before while producing. For the price of upgrading an Air from 4gb to 8gb ram, it’s more cost effective to go for the Pro, which has 8gb standard, as well as a better CPU and screen.

So think about the CPU when it comes to a mcbook air for music production. Are you willing to upgrade if yours is less than 8gb ram?

Tip #3 Don’t overlook the power of the Size, Weight and Battery life!

The advantages of the Air is its portability. It’s so lightweight that makes music production easier and on the go most of the times.

The extra hours of battery life and slightly lighter weight is nice to have over the Pro, but for a studio environment when you’ll be plugged into the wall, I find it doesnt make too much of a difference, especially when the weight difference between the two models is around half of a pound!

If you are a person that travels a lot the macbook air for music production could be the way to go.

But if you’re stuck in your studio in the long run, the Pro has by far the better price/performance out of the two.

The lightness and thinness of the Air is something to behold, but for a few hundred dollars more, I recommend making the jump to a computer that can handle a lot more of your production needs.

Macbook Air, while very good for the purpose it is designed for. It is light. efficient, portable notebook type device but if you’re a music production guy it is not really suitable for use with a very resource demanding application such as Logic Pro.

Of course, you could use it but depend on how complex your arrangements are, the number of tracks, the type of plugins or even the number of audio tracks etc.

Have in mind you would likely soon run into it’s limitations.

All of them will work but finally, the decision is on your workload.

The large your projects the more powerful your setup should so you can either start with a Macbook air which is cheaper but works well for basic projects then when you see things get heavier you consider migrating to a pro that works for logic pro , cubase , Protools etc… a MacbookPro with minimum 16GB & a 4core processor is advised.

If you can afford a MacPro or a iMac (if you want something portable skip this one) at the least … it can be a greater fit.

There you have it, Macbook Air For Music Production Tips!

What is your pick, macbook air for music production or Macbbok Pro?