5 Awesome Ways To Get Into Music Production

Hello guys, today I want to share with you 10 best free audio recording software! Are you ready? Let’s do this! 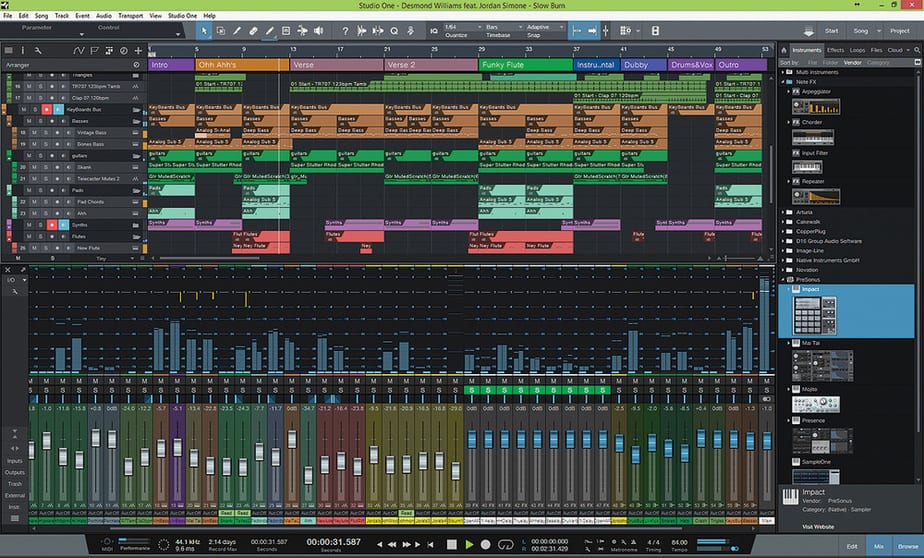 PreSonus has both paid and free version. Beginners and professionals can also use this software. It supports different formats such as WAV, FLAC, MP3 etc. You can also share your music directly on SoundCloud. It’s user-friendly and minimalist interface and runs smoothly. The free versions of PreSonus have unlimited audio tracks, multiple instrumentals, time-stretching,  and latency compensation capability. The free version of the software offers a good set of editing tools. 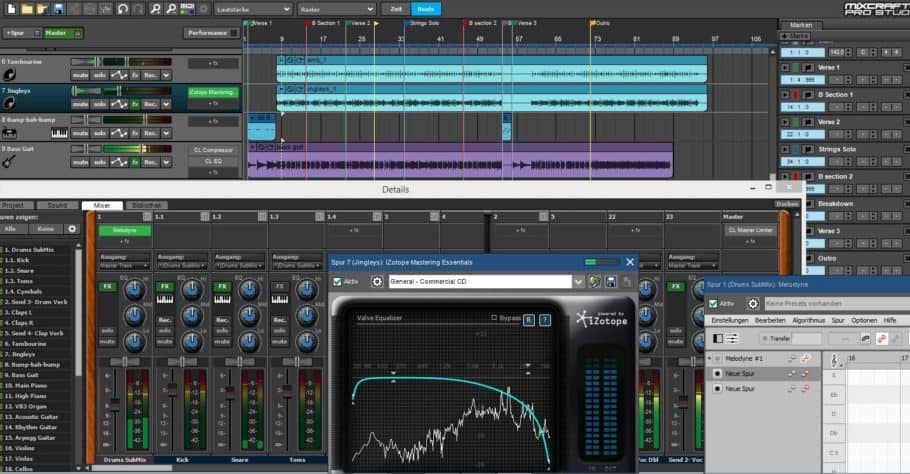 Mixcraft 8, has a plethora of features and special effects which producers love to use. The software supports multiple recording functions such as recording audios, editing, programming, adding special effects and burning features. The interface has a modern and unique feel to it yet is very sleek and easy to use. 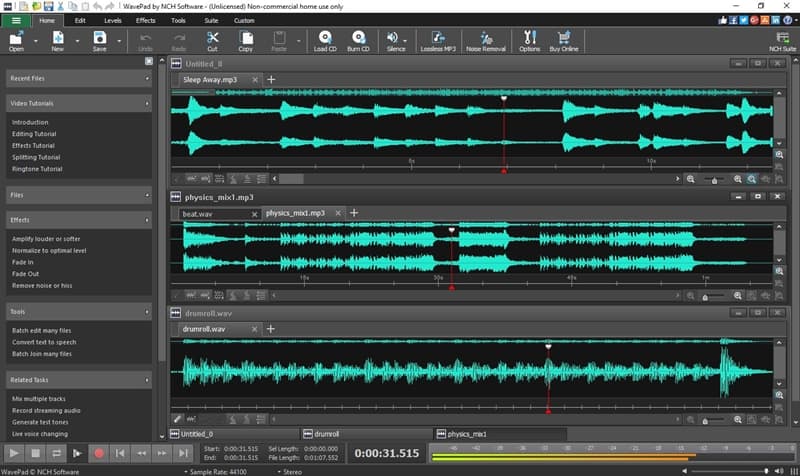 YOU MAY ALSO LIKE:  The Best Skills Needed To Be A Music Producer

Apart from the common features like, cut, copy, paste, insert, auto-trim etc. WavePad is compatible with Windows and Mac. An easy to use software WavePad offers professional quality sound recording you’ve got to try it. 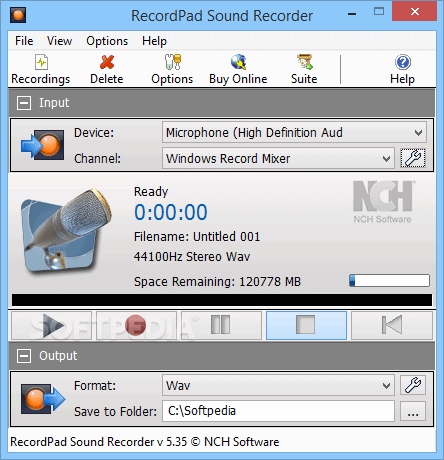 RecordPad is one of the best quality voice recorders for pc. It has many sets of features which allows the users to record, rip and burn audios. A product of NCH Software offers supporting audio feeds using application default settings. It has a voice-activated recording, which is useful in minimizing very long periods of silence in the audios.

It has features like noise reduction, pitch shifting fades and equalizing. The software lets the user create his or her own interface according to their needs. It can be used for both Windows and Mac OS X. 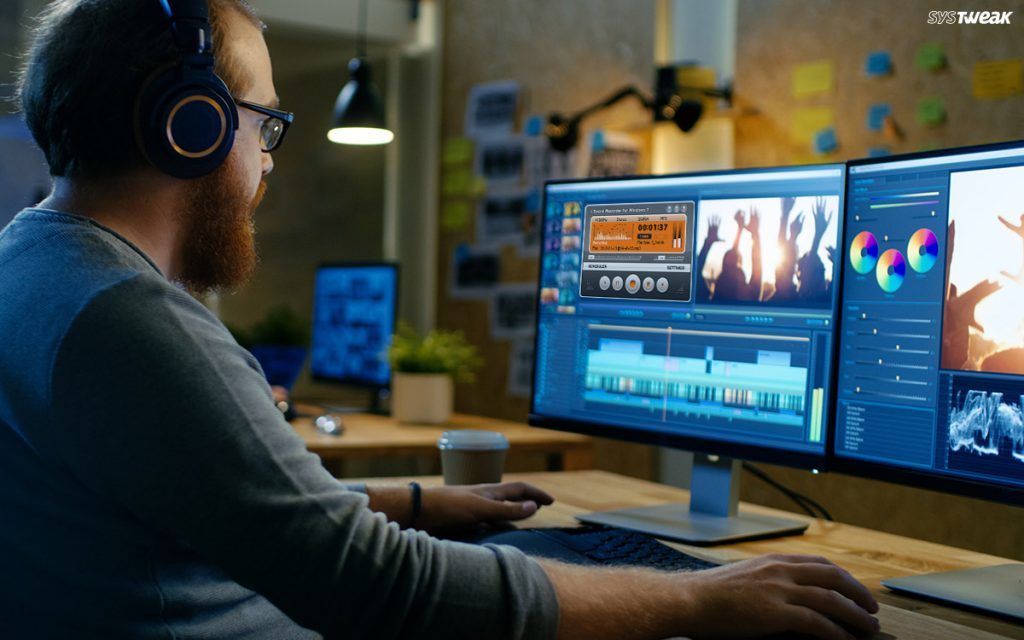 i-Sound Recorder is one of the most common yet highly effective sound recorders for audios. It’s very cheap, the voice recorder offers basic yet well-performing tools. Its universal audio input and audio ripping features are authentic and have real time audio compression.

The software has advanced recording scheduler and voice-activated recording. It also has a record timer which lets the user decide the duration of how long the song should be.

This audio recorder can open and save many file formats such as MP3, WMA, WAV, FLAC, etc. This voice recorder is compatible with popular OS like Windows 7, Windows 10, Vista and XP.It is not compatible with Mac OS X.

YOU MAY ALSO LIKE:  Recording Software For Windows 7 You Should Know 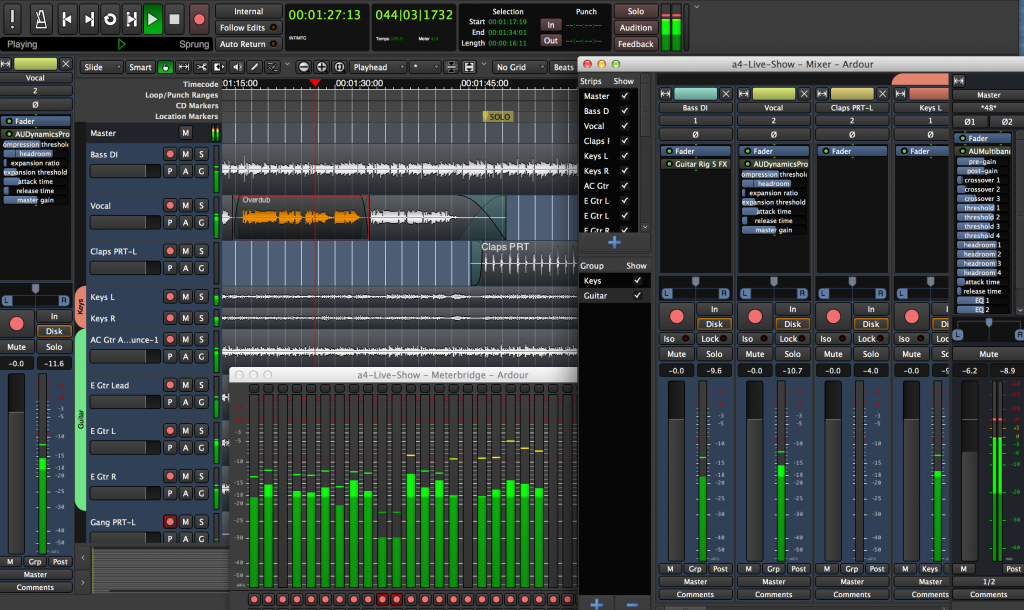 Ardour is one of the best Digital Audio Workstation which has been purposely designed especially for Linux. However, it can be used for both Windows and macOS. The awesome part of the feature of the software is that it allows multi-track recording.

It gives the user the freedom to record and edit as they want to, destructive or nondestructive. Since it uses a jack, it makes it easy to use outside applications.

For all the features that are missing in Ardour, it allows the user to install other software. For those who want to do film scoring, the software lets the user’s import videos as well you’ve got to try this software. 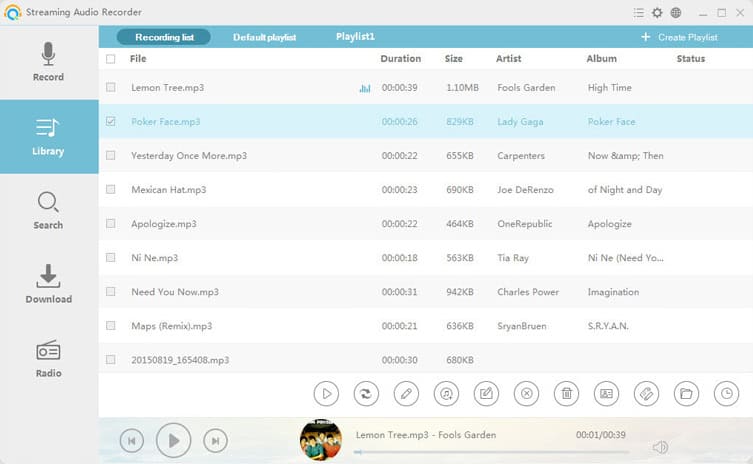 Streaming Audio Recorder is also one of the best audio recording software today as it is capable of record streaming audio from the music websites, radio or even from the audio chats. Awesome, isn’t is? Apart from that, you can output the recorded audio in formats like MP3, AAC, FLAC, etc. and the quality remains up to the mark without many efforts. 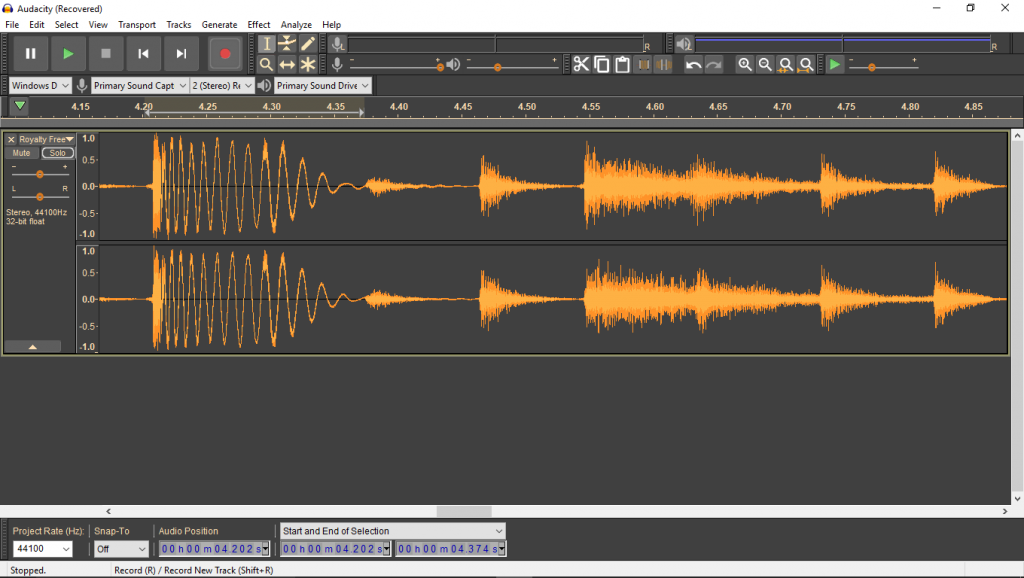 Audacity was first introduced in 2000 and has since then climbed the ladder to become one of the best audio recording software in recording audios.

Audacity is very easy to use and simple interface which allows users to record and edit audios. The layout of the software is very basic yet has tools like navigation, tracking, and mixing.

YOU MAY ALSO LIKE:  Sound Engineering Salary Every Musician Must Know!

Although being all free software, Audacity offers a wide range of editing tools, which is what makes it one of the top favorites.Audacity can be used for both with Mac and Windows. 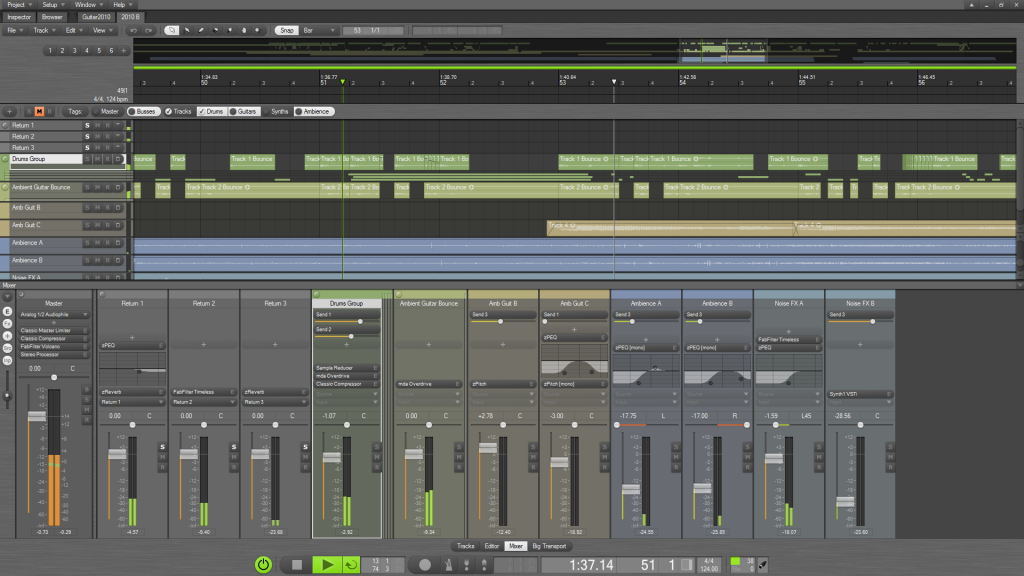 Zynewave Podium Free was introduced in 2014. The voice recording software has paid versions as well which people buy online. However, the free version in itself has many features which can make your recording nice as well. The software allows the users to customize the interface according to their choice and has many audio effects. It is however only compatible with Windows OS. 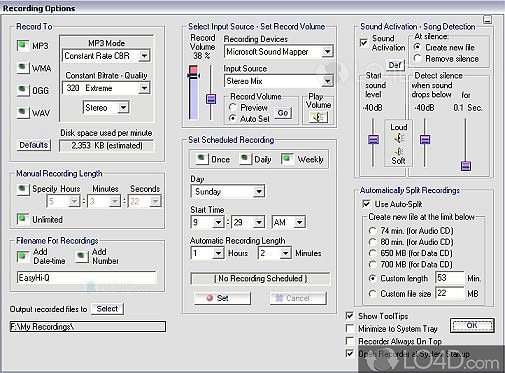 Easy Hi-Q Recorder is one of the most costive audio software recorders. This music recording software has many audio-in options, which makes it easy for users to make their decisions in a recording. It also offers voice-activated recording feature.It can play as much as 20 audio formats including, MP3, WAV and WAM. It has many features in it such as  Recording Timer, Digital & Analog Rip and File Compression.  You can get this software online if you want to download. 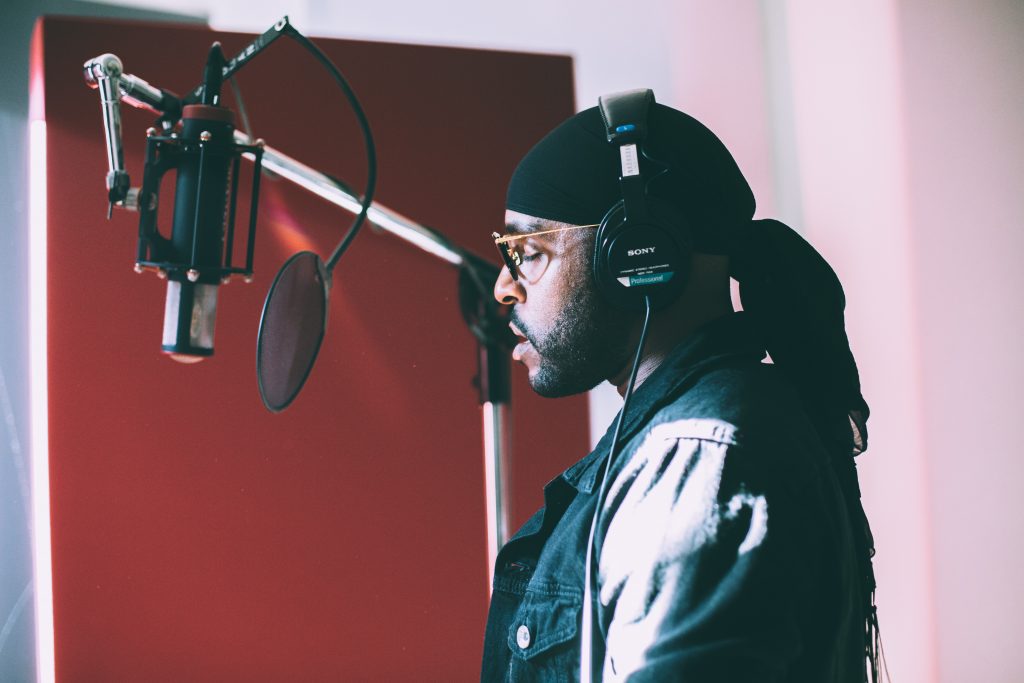 There you have it, 10 Best Free Audio Recording Software 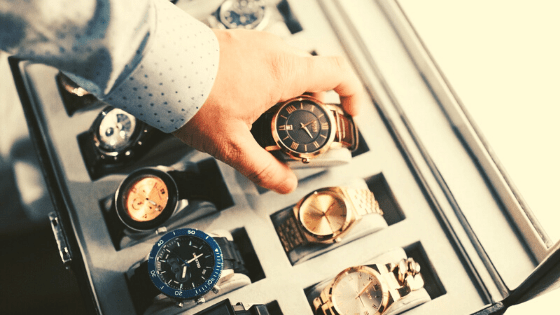